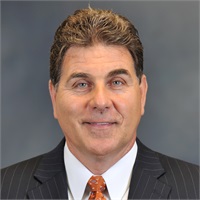 David R. Breuhan is the Vice President and Portfolio Manager with the private investment firm of Schwartz & Co., Inc. For the past 26 years, he has managed corporate and public retirement plans and provided advice as a personal financial planner.

Captain Breuhan served in the United States, Germany and the Middle East for seven years as a Commissioned Officer in the U.S. Army. He attended Airborne and Ranger Training and the Canadian Land Warfare Command and Staff College. While stationed with the First Squadron, First Cavalry, he conducted surveillance along the Iron Curtain. In 1988, a unit under his command won the Boeselager Cavalry Competition, placing first out of 24 teams from 12 NATO nations. David served as the Commander of Bravo Troop, First Squadron, Third Armored Cavalry Regiment during Operation Desert Storm.

David has briefed the Vice President, Members of Congress and the United States International Trade Commission. His book, Spread The Wealth: More Haves Fewer Have-Nots, has been published by Hamilton Books.

He served as a coach in the Rochester Soccer Club, training 46 teams ranging in ages from 6 to 19. He also served as a board member.

He received a Bachelor of Science from the United States Military Academy at West Point and a Master of Science in Finance, with high distinction, from Walsh College.