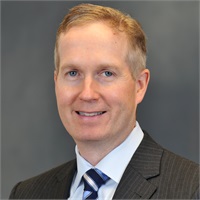 Upon graduating from Fairfield University in Connecticut with a degree in Political Science, Peter volunteered to teach at Nativity Prep, a tuition free Jesuit Middle school in Boston’s inner-city. After a year of service, he joined Morgan Stanley’s Private Wealth Management group in New York City where he focused on Alternative Investments and Asset Allocation for High Net Worth individuals.

Peter served for three years (2019-2021) on the FINRA Midwest Region Advisory Committee. In 2017, Michigan Governor Rick Snyder appointed Peter to the Board of Trustees for the State Building Authority. The five person board oversees the issuance of bonds and notes to acquire equipment and construct facilities for the state. Peter is a founding member, as well as on the Board of Directors, of MiBank, a community bank located in Southeast Michigan which focuses on serving individuals and small businesses within the community. Currently Peter serves as the Finance Chair for the Chief James Craig for Governor. Peter also served as the Co- Chair of the Michigan Finance Committee for Mitt Romney for President. He is a former board member for The National Osteoporosis Foundation in Washington D.C., Detroit’s St. Dominic Outreach Center, Women’s Survival Center of Oakland County, Michigan Chamber of Commerce and Racquet Up Detroit.

Peter graduated from Brother Rice High School and lives in Bloomfield Hills, Michigan with his wife, Stephanie, and their two sons, Aidan and Dillon.